Join our VZ Anamorphic User Group and our designer is there to provide the world-class customer service. Link

Shipment: We currently ship from our warehouses in United States and Hong Kong.

Please click HERE to read the T&C before purchase.

VZ (Vazen) 28mm t/2.2 Anamorphic Prime is specially designed for Micro Four Thirds cameras with 4:3 sensors. Characterized by its front anamorphic design, the VZ Anamorphic prime delivers a butterly smooth oval bokeh, signature blue horizontal flare and the widescreen cinematic look. The new 28mm has a compact design that it can easily be fitted onto a handheld gimbal.

The 1.8x squeeze produces a cinematic 2.39:1 aspect ratio to your image when capturing with 4:3 M43 sensors like Panasonic GH5 and Z-cam E2. The lens features a fast t/2 aperture and 2.7” minimum focus distance, the focus breathing is also minimal .

Despite the rugged design, the VZ anamorphic prime is relatively compact and lightweight. It was designed with the finest mechanical functionality to allow cinematographers to film with ease. The 95mm front diameter allows usage with standard matte box and the independent aperture and focus rings are built with 0.8mod cine gears. The focus throw is 300°.

Other focal lengths of the VZ primes are in the works. We expect the 65mm VZ 1.8x  anamorphic primes for M43 sensors to be launched late 2020.

All sales is final and no returns will be accepted. 3 years warranty included. 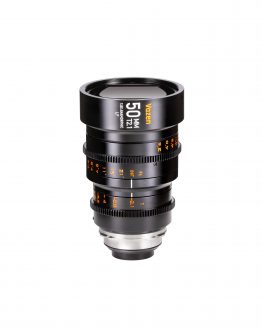 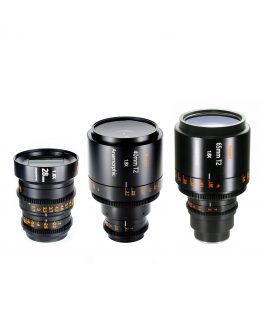 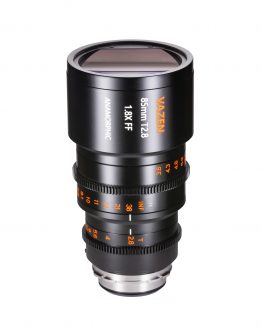